The Psychological Benefits of Wildlife Viewing 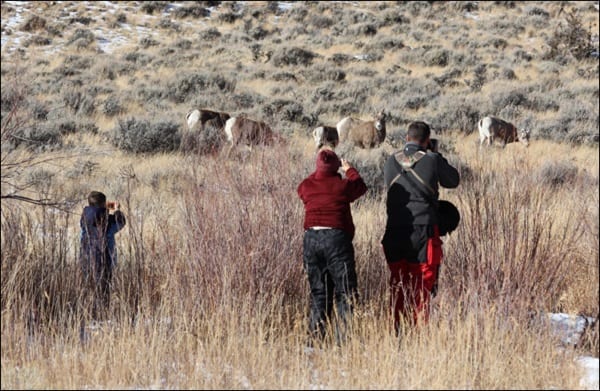 Wildlife viewing is essential for well-being. Period.  It always has been and always will be.

Here are the emergent themes from all research exploring the psychological benefits of viewing wildlife:

The natural world is an arena of endurance, tragedy and sacrifice as much as joy and uplift. It is about the struggle against the weather, the perils of migration, the ceaseless vigilance against predators, the loss of whole families and the brevity of existence. The natural world is like a theatre, a stage beyond our own, in which the dramas that are an irreducible part of being alive are played out without hatred or envy or hypocrisy. Watching wildlife can tell us much about ourselves and our own frailties. – Richard Mabey, Naturalist and Author

There is an ancient human need to commune with animals, plants, landscapes and wilderness.  Nature produces an emotional response of awe, wonder and privilege that unlocks ecocentric and anthropomorphic connections to wild animals and a feeling that is ‘beyond words’.  There is time to stand and stare and contemplate.  Nature and wildlife are not only spatial events but also temporal ones.  In this liminal, embodied space of a wildlife encounter, socially constructed modern fast time dissipates and is replaced by stillness and nature’s time whereby participants are totally absorbed in the spectacle.  All thought and action is concentrated on the moment.  This provokes a deep sense of well=being that transcends the initial encounter leading to spiritual fulfilment and psychological health benefits.  –  Wildlife tourism: the intangible, psychological benefits of human-wildlife encounters by Susanna Curtin, School of Services Management, Bournemouth University, Poole, UK Online 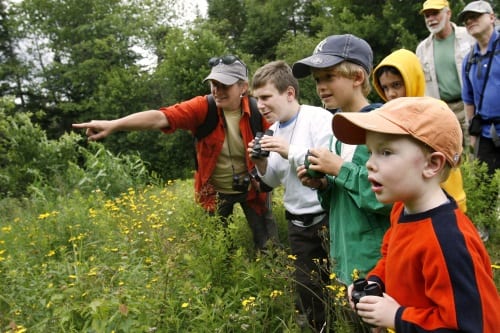 Most people in the world now live in relative isolation from nature and wild animals, but it doesn’t stop our human desire to be close to the wild.  Modern human relationships with the wild are complex and frequently conflicting, yet for millenniums, we have observed animal characteristics and used them to compare our own attributes.  Perhaps too frequently, we have viewed animals in an anthropomorphic way- after all, we share the basic instincts of survival.

According to research in the fields of socio-biology, ecopsychology, environmental psychology and deep ecology, there is a deep need for humans to have a relationship with the natural world for our own well-being.  Edward O. Wilson introduced and popularized the biophilia hypothesis that suggests that there is an instinctive bond between humans beings and other living systems.  He defines biophilia as ‘the urge to affiliate with other forms of life’.  Humans are attracted to natural environments where we feel more content and function more effectively.

The Attention Restoration Theory (ART) asserts that people can concentrate better after spending time in nature, or even looking at scenes of nature.  Directed attention plays an important role in human information processing; its fatigue, in turn, has far-reaching consequences. Attention Restoration Theory provides an analysis of the kinds of experiences that lead to recovery from such fatigue. Natural environments turn out to be particularly rich in the characteristics necessary for restorative experiences. An integrative framework is proposed that places both directed attention and stress in the larger context of human-environment relationships.

Fascination is universal and is a central component of a restorative experience.  Natural settings are often the preferred destinations for extended restorative opportunities.  Most of us yearn for ‘being away’: the mountains, the seaside, rivers, lakes, forests, and meadows all call to us.  Yet for too many of us, the opportunity for ‘getting away’ is not an option.  Luckily, natural environments abound even in urban areas and offer an important resource for resting and restoration.

Stephen Kaplan, from the Department of Psychology at the University of Michigan, Ann Arbor identifies the features of restoration in his article, The Restorative Benefits of Nature:  Toward An Integrative Framework:

Being away. Natural settings are often the preferred destinations for extended restorative opportunities. The seaside, the mountains, lakes, streams, forests, and meadows are all idyllic places for ‘getting away’. Yet for many people in the urban context, the opportunity for getting away to such destinations is not an option. However, the sense of being away does not require that the setting be distant. Natural environments that are easily accessible thus offer an important resource for resting one’s directed attention.

Fascination. Nature is certainly well-endowed with fascinating objects, as well as offering many processes that people find engrossing. Many of the fascinations afforded by the natural setting qualify as ‘soft’ fascinations: clouds, sunsets, snow patterns, the motion of the leaves in the breeze-these readily hold the attention, but in an undramatic fashion. Attending to these patterns is effortless, and they leave ample opportunity for thinking about other things.

Extent. In the distant wilderness, extent comes easily. But extent need not entail large tracts of land. Even a relatively small area can provide a sense of extent. Trails and paths can be designed so that small areas seem much larger. Miniaturization provides another device for providing a feeling of being in a whole different world, though the area is in itself not extensive. Japanese gardens sometimes combine both of these devices in giving the sense of scope as well as connectedness. Extent also functions at a more conceptual level. For example, settings that include historic artifacts can promote a sense of being connected to past eras and past environments and thus to a larger world.

Compatibility. The natural environment is experienced as particularly high in compatibility. It is as if there were a special resonance between the natural setting and human inclinations. For many people, functioning in the natural setting seems to require less effort than functioning in more ‘civilized’ settings, even though they have much greater familiarity with the latter (Cawte, 1967; Sacks, 1987). It is interesting to consider the many patterns of relating to the natural setting. There is the predator role (such as hunting and fishing), the locomotion role (hiking, boating), the domestication of the wild role (gardening, caring for pets), the observation of other animals (bird watching, visiting zoos), survival skills (fire building, constructing shelter), and so on. People often approach natural areas with the purposes that these patterns readily fulfill already in mind, thus increasing compatibility. A nearby, highly accessible natural environment cannot provide the context for all of these goals and purposes. Yet even such a setting is likely to be supportive of the inclinations of those who seek a respite there. Consider the factory worker, racing off during the lunch period, fighting traffic and distractions, in search of a spot in the shade of a tree for a peaceful break. If the peaceful effects were to be worn off totally by the time the return trip is made at the end of the hour, would this ritual be repeated again the next day? 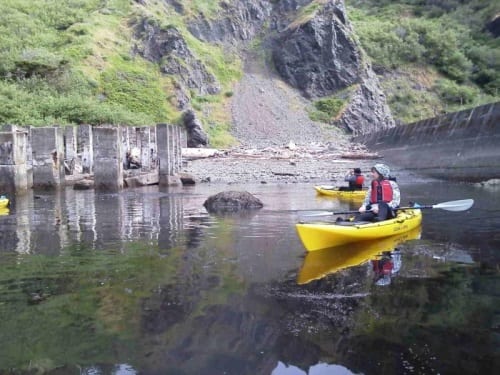 Isn’t it time for you to be restored?  You don’t have to travel.  Sit in your backyard.  Take a walk,  Visit a park.  Watch a bird. Soak wildlife in, wherever it can be found.

"The worst sin toward our fellow creatures is not to hate them, but to be indifferent to them; that's the essence of humanity." - George Bernard Shaw